LIVE, WORK & PLAY IN KELOWNA BC

Ethan Rutley is your Kelowna real estate connection to buying or selling Okanagan homes, condos, farms, or acreages. Our goal is to build a long-lasting relationship with clients by proving our expertise in the real estate market and our commitment to going the extra mile to provide the best properties to clients. 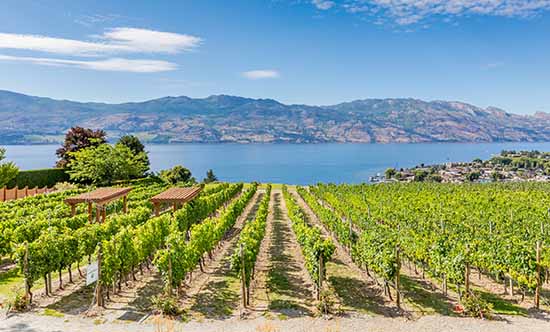 Live on a horse farm, acreage, or orchard and be close to schools, shopping, and amenities. 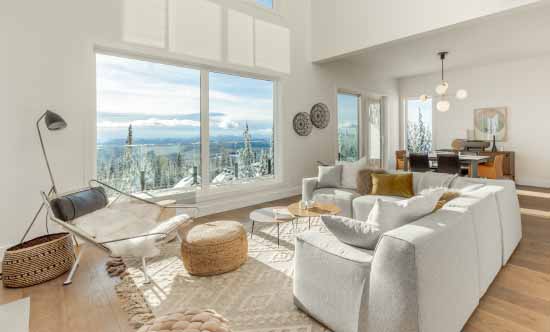 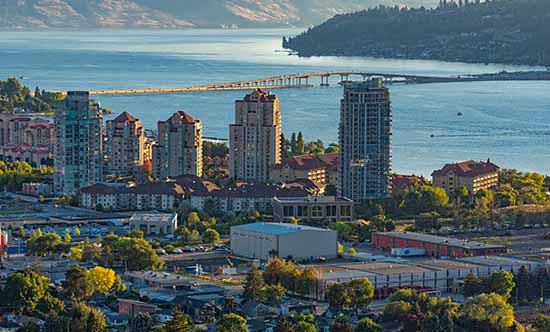 Great for downsizing or first-time buyers. View condos and townhomes for sale. 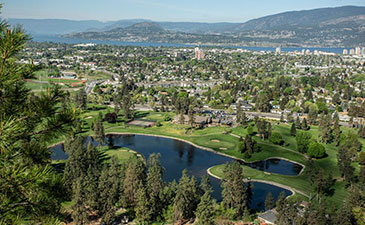 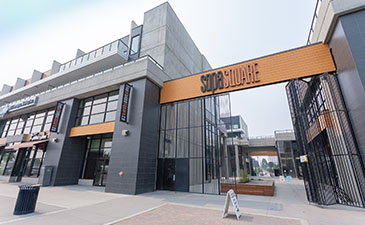 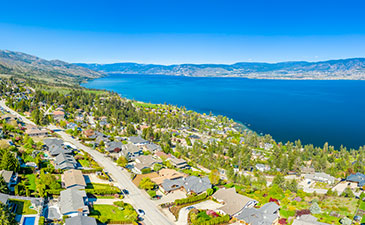 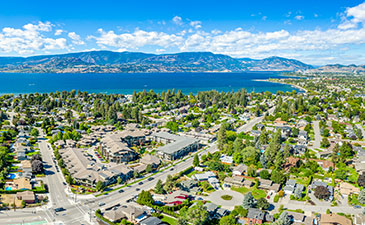 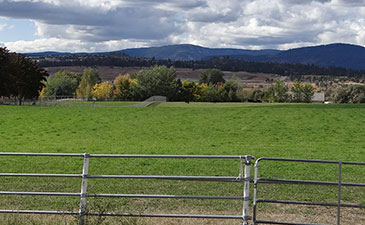 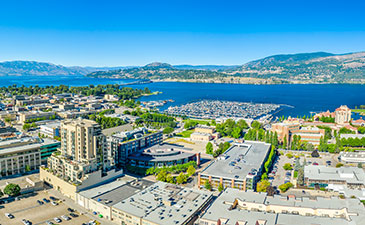 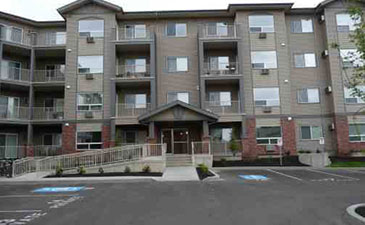 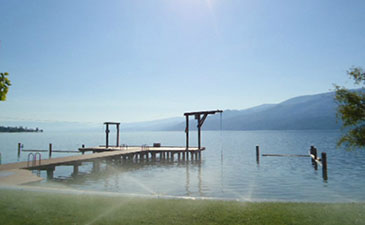 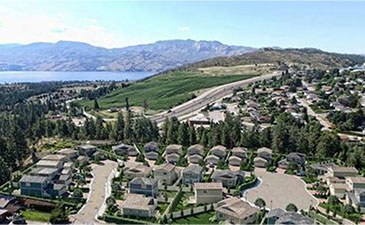 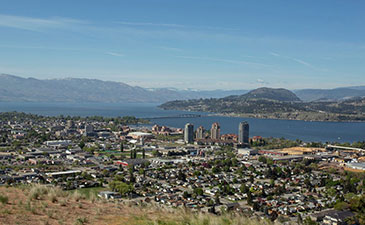 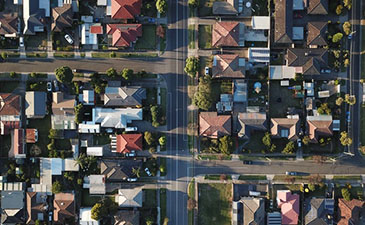 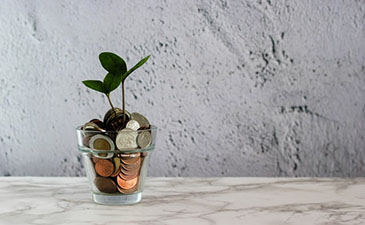 Kelowna is a beautiful city that is located in the Okanagan Valley, south of British Columbia. The city sits on the Okanagan Lake, with so many fun activities to do along the shores of the lake. This culturally-rich city got its name from an Okanagan word which translates to a male grizzly bear in the English language.

It serves as the head office of the Regional District of Central Okanagan and is the third-largest metropolitan area in the province (After Victoria and Vancouver). The city is among the top 20 largest metropolitan areas in Canada and it is blessed with numerous natural resources that make it one of the highly sought-after places to visit in Canada. With a population of about 230,000 in the metropolitan area and 140,000 in the city proper, the city is experiencing fast development and more people are seeing reasons to move to the area. Some of the nearby communities include Vernon and Lake Country to the north; Penticton and Summerland to the south; Peachland to the southwest; and West Kelowna to the west. All these places are tourism grounds because there are tons of things to keep you entertained all year round. The development taking place in Kelowna in recent times is huge and more high-rise buildings are being erected in the city. Whether you are looking for a place to live or a place to visit on vacation, you can never go wrong choosing this city as your destination. Most people who came for vacations ended up buying properties in the amazing city, thanks to its beautiful scenery and welcoming inhabitants.

Talking about the history of the Okanagan Valley, it was first inhabited about 9,000 years ago by the Syilx people. They are known as the indigenous people of the Okanagan Valley and still live in the area today. The first European to travel to the Okanagan Valley was David Stuart and he did that in 1811. However, David didn’t settle in the region. It was in 1859 that a French Roman Catholic Oblate missionary, Father Pandosy, went and settle in the area, becoming the first European settler in the Okanagan Valley. Father Pandosy settled in a location called Bay of Sand, which he named in reference to the sandy shoreline. Throughout the 19th century, the population of Kelowna remained small. However, during the 1870s, sustenance fruit growing expanded in the area, and by the 1890s, commercial agriculture became well-known in the area.

Kelowna was officially incorporated on May 4, 1905, and the first mayor was Henry Raymer. It had just a population of just 600. Before agriculture became a mainstay in the city, it was transportation over the Okanagan Lake that prevailed until 1925. Now, the Okanagan region is known to be home to vineyards and wineries. There is hardly any local gathering you will see foreign wine be used. The city celebrated its centennial in May 2005. The same year, a lot of construction work took place in the area as a part of the plan to reduce traffic issues during the summer tourist season.

The climate of Kelowna is classified as humid continental and has one of the warmest summers in Canada. Due to the Okanagan Lake that passes through the region, many beaches and other water activities are located in the area. Whether it is boating, fishing, playgrounds, or spaces for a picnic, they are all available in this area. If you are a wildlife lover, there are many rare animal species to feed your eyes when you visit this amazing community. Some of the wineries in Kelowna have received international recognition. If you enjoy wines, visiting this area would make your experience a memorable one. There are many vineyards and wineries you can visit and have a taste of the local wines in the region. Whether you are a retiree or a working-class adult looking for where to spend the rest of your life, Kelowna is a good place to relocate to. There are all kinds of properties available for purchase. If your priority is buying a waterfront house, you will surely get it in this community. There are shopping malls, restaurants, golf courses, healthcare centers, and other amenities to cater to your needs. The people of the city are friendly and are ready to offer assistance to new settlers. In terms of education, The University of British Columbia has a campus in Kelowna and Okanagan College is also situated in the city. There are primary and secondary schools to meet your kids’ educational needs. If you care to live in a serene and beautiful environment, Kelowna BC has what it takes to make you comfortable.

West Kelowna, also known as Westbank and Westside, is one of the most beautiful cities in the Okanagan Valley in the province of British Columbia. The city is characterized by different neighborhoods such as Glenrosa, Rose Valley, Casa Loma, Smith Creek, Gellatly, Westbank, Lakeview Heights, West Kelowna Estates, and Shannon Lake. The present population of the city stands at about 35,000. It was incorporated in 2007, as Westside District Municipal. However, on January 30, 2009, the municipal was renamed West Kelowna.

The Westside is well-known for its amazing outdoor activities, quiet beaches, and rolling hills of orchards. The Okanagan people are the indigenous inhabitants of this city and they have a rich history and culture. Agriculture is a major activity in the area with a lot of vineyards and wineries scattered all over the region. West Kelowna and its neighborhoods have been top spots for people looking for exciting places to spend quality time with friends and family. Whether you plan a day, a week, or your remaining life in this area, there are amazing houses available to purchase. Real estate is booming in the region, thanks to the amazing amenities and facilities that make life more pleasant.

The landscapes of the city are among the most photographed in the Okanagan Valley. The dormant volcano, Mt Boucherie has created an interesting and dynamic terrain. The volcanic soil of the area has made it a spectacular place to grow grapes. There are vineyards and wineries for those who love wines, and the Okanagan Lake makes it possible for potential homeowners to buy a waterfront house. West Kelowna tends to have some of the oldest vines in the Okanagan and the area is also known as a place of agricultural development.

The Mount Boucherie Community Centre includes the Royal LePage Place arena, home to the BCHL team the West Kelowna Warriors, and Jim Lind Arena for ice sports clubs such as figure skating, hockey, and ringette. The beautiful city has numerous swimming areas along Okanagan Lake and a lakefront walking train alongside Gellatly Road. A good place to enjoy outdoor swimming and other recreational programs are the Johnson Bentley Memorial Aquatic Centre, downtown Westbank. There are different communities and regional parks in the city, offering ball fields, soccer pitches, hiking trails, and children’s play areas. Some of the popular trails are located in Eain Lamont and Mount Boucherie Parks and Glen Canyon, Goats Peak, Kalamoir and Rose Valley Regional Parks. There are also golf clubs for those that are interested in golfing.

If you are a family man or a retiree, there are good properties to buy in the Westbank region of the Okanagan Valley. There are shopping malls to buy your groceries and other needs, world-class restaurants to drink and dine, and dozens of outdoor activities to keep you thrilled all year round. West Kelowna is situated within School District 23 Central Okanagan. Mount Boucherie Senior Secondary School serves grades 9 through 12. There are two middle schools in the municipal, serving grades 6 through 8; Glenrosa Middle School and Constable Neil Bruce Middle School. There are nine public schools located in the municipal and two major public institutions; University of British Columbia Okanagan and Okanagan College.

The Okanagan Valley has some of the best places to live in Canada. All the amenities you could think of are available here, and there are outdoor activities that attract tourists on yearly basis.

$515,000
10268284 MLS® #
Bring your own builder and build the home of your dreams on this quiet tree-lined cul-de-sac in an established neighbourhood. This level lot is in an absolutely ideal location, literally steps from both Okanagan Mission Secondary and Anne McClymont Elementary and walking distance to the lake and parks! The zoning is RU2, has 49.9ft of street frontage, and can accommodate up to a 10’ basement! This won’t last long. Come take a look before it's gone! (id:2579)

$789,000
2 Beds ⋅ 2 Baths ⋅ 10266199 MLS® #
Dont miss your chance to purchase this assignment at Bertram by Mission Group. With one of the most unique amenities in the city the roof top pool, hot tub and lounge on the 34th floor will be something special. This E1-sw plan is a corner 2 bedroom 2 bath unit that comes with 1 underground parking and 1 storage locker. Other amenities in the building include a pet area on the fifth floor; a gym and outdoor area on the sixth floor. This building is located in the Bernard Block and is just steps away from shopping and restaurants and a short walk to the lake. Completion mid 2024. (id:2579)